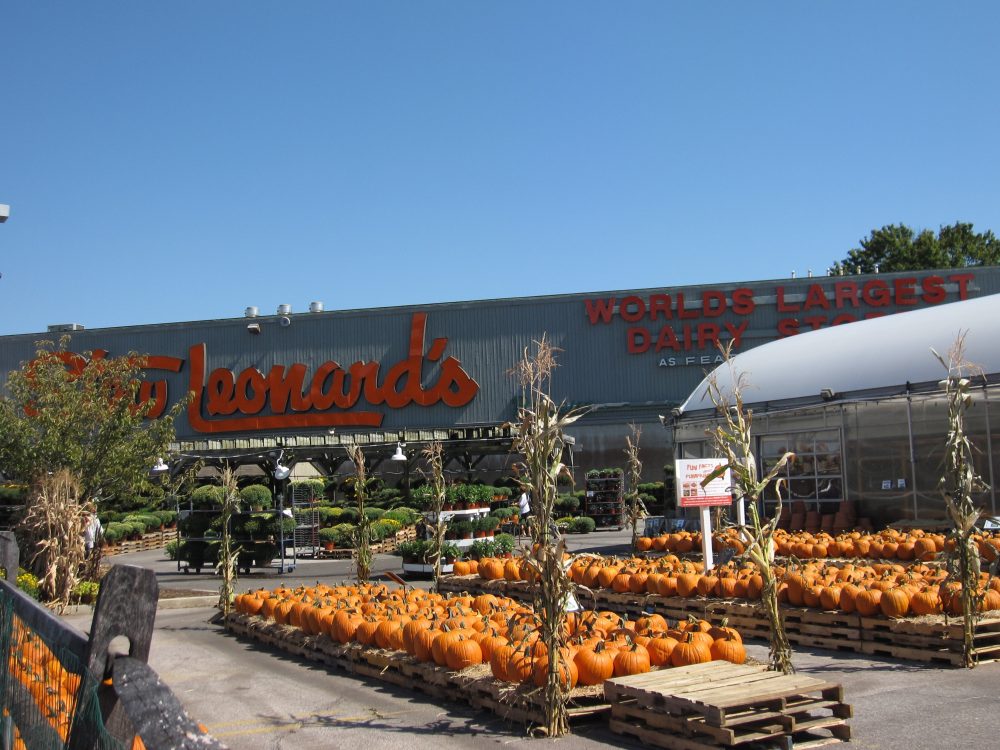 1969 was a pivotal year for history making events, men landed on the moon, the Gap opened in San Francisco and the world’s largest dairy store (at least according to Ripley’s) opened in Norwalk. Today Stew Leonard’s, or as it is known locally, Stew’s, has locations in Connecticut, New York and New Jersey. But for most of the 70s and 80s, Norwalk was it. And “it” is quite an attraction.

The large sign atop the barn like building confirms that Ripley’s Believe it or Not has proclaimed this as the world’s largest dairy store.

Vibrant, fun and entertaining describes this world famous grocery store Stew Leonard’s, Norwalk experience. Though beware of the throngs of people hanging out in front of the animatronic singing vegetables, but that’s what makes Stew’s a true retail phenomena.

A small petting zoo is on site, offering a chance for young and old to see farm animals that you’d expect to see in a barnyard. The building that houses Stew’s, in fact, looks like a barn, with a wide front entrance and vaulted wood beamed ceilings that scream “barn.” Stew’s has graced numerous best places to work on national rankings of such things, and the customer-is-always-right credo, is carved in stone, literally, located right near the cashiers.

The store, since its inception, has branched out to other towns, but the pilgrimage to where it all started still attracts the majority of visitors, both customers and retail mavens who come to see the latest innovation in retailing.