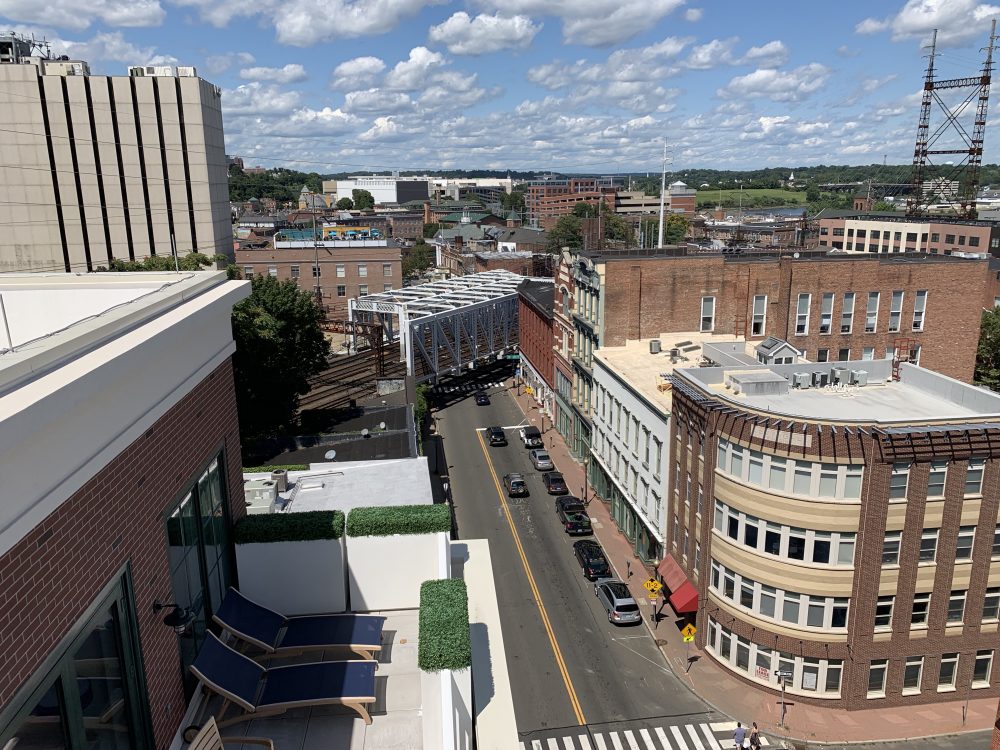 At one point, SoNo, believe it or not, didn’t exist. It looks like it has always been here, because of the brick faced buildings but SoNo has its roots in an industrial past filled with warehouses and factories.

The commercial center of South Norwalk got its start due to the proximity of water. The obvious one, the harbor, is self explanatory. The other water link was the location of fresh water wells. In fact, South Norwalk was originally named Old Well. From the start of the colonial era, what is now Water and Washington Streets was the hub of trade and manufacturing. Potters, silversmiths and merchants settled into a comfortable economy alongside the fisherman and clam diggers. If we could turn back time, we’d see wood framed buildings and barns. Alas, as many cities discovered, wood buildings clustered together sometimes brought large scale calamities.

After a rough start following several large scale fires, by the 1880s SoNo became a brick and stone building home to the many import and export maritime merchants of the day. South Norwalk’s waterfront was a dock filled wharf of ships and goods from around the world, as hip to the global economy as we are these days.

While commerce and dining dominates the streetscape you see today, factories dominated the area then, producing hats, shirts, locks and corsets. Some buildings remain as they’ve been repurposed and the area is an historic district. But many have been lost. Today the former factory buildings of the Norwalk ironworks house the Maritime Aquarium, the Corset Factory holds apartments, and the Lock building is the home of creative economy businesses trending towards hedge funds since its first incarnation as artist lofts. The amount of airy lofts that convey these industrial roots attract people from all over, whether it’s for creative office space, or urban living.

It wasn’t easy for SoNo, as we know it, to get its groove going. Post World WarII had not been kind to the retail center and by the 1970s the cool world vibe was all but gone and the people were all about “urban renewal.” The historic buildings were looking run down and the area was being threatened by the wrecking ball.

Fortunately some brave people had an idea that they could stop thatdestruction and work on protecting the area as an historic district. By the late 1980s their dream became reality withthe stalwart brick buildings mostlyrehabbed and revitalized, and now home to art galleries, restaurants, antique dealers and boutiques.

Since the 1980s, downtown SouthNorwalk, trendily named SoNo, has been the hip destination for the latest in clubbing, shopping and dining mostly on Washington Street. Today while the art galleries are fewer, the designer kitchens, wood flooring, tile making and artisan chocolate manufacturers abound. SoNo has become the home to creative economy businesses and retail, and the trendy tastes beckon fromplate glass windows overlooking thetree lined streets. This is the heart ofFairfield County’s marketing and media economy, and these are the people whomake the stuff that graces the pages offashion and interior design magazines,inspired by the brick walled lofts andindustrial heritage that SoNo offers.Loft living, the Norwalk harbor and the cultural museums, galleries and parksmake SoNo one of the most coveted places to live or work in Fairfield County.