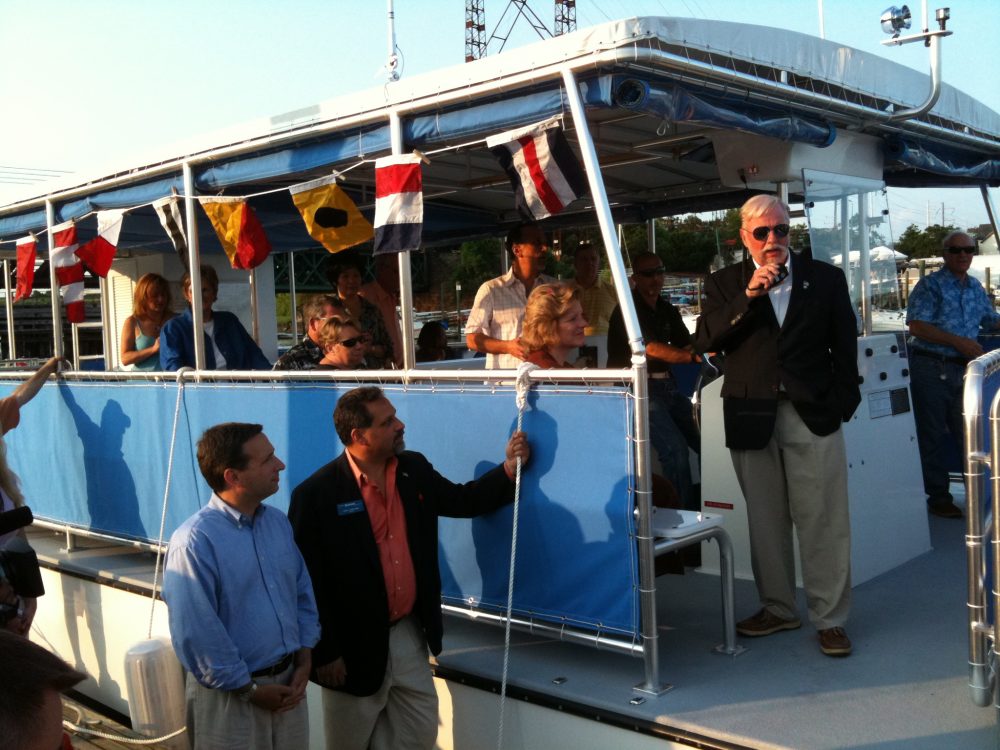 Between May and September the Seaport Association runs cruises to Sheffield Island. The Island is home to the Sheffield Light House, a two-story building that once warned boats of the rocky coast dotted with islands just outside the Norwalk Harbor. The lighthouse was a thing for a very short time, built in 1868 it operated until 1902 when it was decommissioned. As part of the cruise, a tour of the 10 rooms is offered.

Life in the 19th century island wasn’t a glamorous downton abbey affair. When the very first lighthouse was built, there was no running electricity at the time, so oil lamps needed to be refilled to keep the lights on. No indoor plumbing either. The current building is actually the second lighthouse on the site, and the story about boat navigation into Norwalk Harbor is a good one. From rum runners to Nathan Hale, the history of the Norwalk Harbor is one that is worth checking out.

The Sheffield Island lighthouse function was supplanted by the Green’s Ledge lighthouse, until that too was decommissioned, although that happened recently.

If history isn’t your thing, the Stewart B. McKinney Wildlife Refuge is a nature lover’s experience unique to the area. The US Fish and Wildlife Department runs the refuge that extends up the coast of Connecticut, with three areas that are accessible to the public, Norwalk’s being one of them. A trail runs through the Sheffield Island part of the refuge.

According to the US Fish and. Wildlife Department, this Atlantic Flyway refuge provides important resting, feeding, and nesting habitat for many species of wading birds, shorebirds, songbirds and terns, including the endangered roseate tern.

In addition to the bird habitat, the occasional seal and whale makes their way down the Long Island Sound, and sightings have become more frequent as the waters of the Sound have become cleaner. Overall, the entire refuge is a little over 1,000 acres of forest, barrier beach, tidal wetland and fragile island habitats.